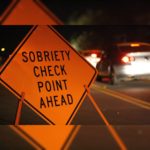 So far this year, there have been 513 DUI arrests compared with 355 during the same period last year. This is an increase of 44.5 percent. The numbers of arrests by district were:

There have been 328 major accidents so far this year compared with 333 during the same period last year, a decrease of 1.5 percent.

Disciplinary Board of the Hawaii Supreme Court

Hawaii Water Board of the County of...