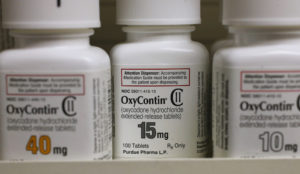 HONOLULU – Hawai‘i Attorney General Clare E. Connors, along with attorneys general from 47 states, the District of Columbia and five U.S. territories, has reached a $573 million settlement with one of the world’s largest consulting firms, McKinsey & Company, that resolves investigations into the company’s role working for opioid companies to develop drug promotion strategies, thereby fueling and profiting from the opioid epidemic.

The multistate settlement, after payment of costs, will provide funds to abate the harm caused by opioids and Hawai‘i will receive $1,999,960.95 for this purpose. This settlement is the first multi-state opioid resolution to provide substantial funds to the states and it will allow them to provide needed resources to address the opioid crisis.

In addition to providing payment, the agreement calls for McKinsey to publicly disclose online tens of thousands of its internal documents detailing its work for Purdue Pharma and other opioid companies. McKinsey also agreed to: adopt a strict document retention plan, continue its own investigation into allegations that two of its partners tried to destroy documents in response to investigations of Purdue Pharma, implement a strict ethics code that all partners must agree to each year, and stop advising companies on potentially dangerous Schedule II and III narcotics.

“Both the amount of the settlement and the nonmonetary conditions reflect the significance of McKinsey’s role in the opioid crisis,” said Attorney General Connors. “The receipt of money will help us directly address the harm caused in our state, while McKinsey’s implementation of document retention and ethics polices will deter companies from engaging in such conduct in the future.”

Today’s filings describe how McKinsey contributed to the opioid crisis by promoting marketing schemes and consulting services to opioid manufacturers, including OxyContin maker Purdue Pharma, for over a decade. The complaint, filed with the settlement, details how McKinsey advised Purdue on how to maximize profits from its opioid products, including targeting high-volume opioid prescribers, using specific messaging to get physicians to prescribe more OxyContin to more patients, and circumventing pharmacy restrictions in order to deliver high-dose prescriptions.

When states began to sue Purdue’s directors for their implementation of McKinsey’s marketing schemes, McKinsey partners exchanged emails about deleting documents and communications related to their work for Purdue.

The opioid epidemic has led to considerable harm to individuals and communities in Hawai‘i over the last 20 years. During this time, nearly 2,200 have died from an opioid overdose. On an economic level, these deaths—and the impacts on those who have struggled with opioid addiction—have created considerable costs to Hawai‘i in the form of health care, child welfare, criminal justice, and many other programs needed to lessen the epidemic. It has also resulted in lost economic opportunity and productivity. On the social level, opioid addiction, abuse, and overdose deaths have torn families apart, damaged relationships, and eroded the social fabric of communities.