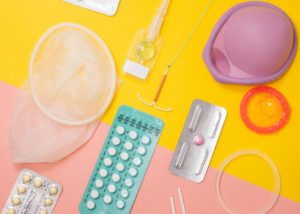 Hawaii Attorney General Clare E. Connors today joined a multistate coalition of 23 attorneys general in filing an amicus brief in support of the plaintiffs’ request for a preliminary injunction in American College of Obstetricians and Gynecologists et al. v. FDA et al., as they seek to ensure patients’ safe access to medication abortions and miscarriage treatment via telehealth, all in an effort to minimize the risk of exposure to COVID-19. Last summer, a lower court issued a preliminary injunction halting a Food and Drug Administration (FDA) requirement that forced patients to appear in person in a clinical setting to receive a drug known as mifepristone for an early abortion. The coalition, today, urges the appeals court to uphold that relief for abortion patients and to modify the injunction to also cover patients seeking mifepristone for miscarriage management. The coalition has argued in the past — and continues to argue in today’s amicus brief — that the drug should be readily accessible via telehealth and mail delivery, so as to not potentially expose patients to COVID-19 by requiring unnecessary travel.

“The FDA’s requirement limiting telehealth access to reproductive healthcare during a pandemic makes no sense,” said Attorney General Connors. “The policy is dangerous in the face of the safety challenges created by COVID-19 and stands as a completely unnecessary barrier for patients.”

Since COVID-19 began to spread across the United States in early 2020, more than 27 million Americans have contracted the disease, resulting in more than 476,000 deaths, and the federal government expects deaths to hit more than half a million in the next two weeks. In Hawaii alone, approximately 26,700 residents in the state have been confirmed positive for the disease and 425 have died from the disease. In response, legislators, officials, and agencies in Hawaii and across the nation have instituted various emergency measures to slow the spread of the virus by limiting face-to-face contact and reducing in-person social gatherings, because limiting interpersonal contact is central to the ability of states to control the spread of the virus, maintain hospital capacity, and save lives.

Despite all these efforts, new, much more contagious variants of the virus have begun to spread across the country. In fact, public health experts expect the rate of infections and deaths to increase even more in the next several months due to these new variants. One new variant — which is estimated to be 50 percent more infectious than the current prevailing strain in the U.S. — is expected to become the dominant strain in the U.S. by next month. As compared to the current prevailing strain, this new variant could result in twice as many infections and deaths over a two-week period, and four or five times as many infections and deaths over a month. The Centers for Disease Control and Prevention (CDC) has warned that the additional demand for health care resources and hospital capacity associated with the accelerated surge of infections may further increase death rates.

The FDA’s requirements — previously halted by a lower court, and the subject of today’s amicus brief — force patients to appear in person in a clinical setting to receive mifepristone, thereby heightening the risk of contracting and transmitting COVID-19 for everyone involved, including patients and health care providers. Before the pandemic, patients seeking medication abortions represented nearly 40 percent of all abortion patients in the U.S. in 2017. Additionally, approximately 10 percent of all clinically recognized pregnancies result in a miscarriage, some of which may be safely managed with the use of mifepristone. Forcing these patients to travel at a time when many states, including Hawaii, are urging people to limit in-person contacts to curb the spread of COVID-19 is shortsighted — not only putting patients across the country and their close contacts in harm’s way, but also harming public health more generally. Further, the FDA requirements undermine states’ ability to effectively manage the pandemic.

In today’s brief — led by New York Attorney General Letitia James and filed in the U.S. Court of Appeals for the Fourth Circuit — the coalition specifically argues that enforcing the FDA requirements during the current public health crisis will harm patient safety and the public interest in at least two ways: 1) by conditioning access to essential reproductive health care on an increased risk of virus infection and 2) undermining the states’ ongoing efforts to manage the crisis through measures limiting unnecessary in-person contacts, such as telehealth. These measures are critical to the states’ ability to permit essential in-person activities, maintain health care capacity, and save lives —particularly as the new and much more contagious variants of the virus are spreading across the country.

Additionally, the coalition argues that many patients will need to travel long distances — sometimes up to 200 miles — in order to reach a clinic that dispenses mifepristone, especially if they reside in rural and medically underserved locations, therefore increasing the likelihood of coming into contact with an individual who has contracted COVID-19.

By using measures like telehealth to reduce unnecessary person-to-person contacts, states can safely provide access to essential reproductive care while reducing the risk of virus spread, as necessary, to safely commence reopening even as the pandemic continues. In fact, the coalition argues that telehealth should be used whenever appropriate in the judgment of the provider and consistent with standards of care because it maximizes the number of capable health care workers providing necessary medical treatment, while protecting health care staff and patients. And in the context of reproductive care, the counseling required prior to a medication abortion is routinely and safely provided through telehealth in order to reduce in-clinic interactions.

One of the FDA’s sister agencies — the CDC — has advocated for telehealth during the pandemic, advising health care practitioners to use telemedicine “whenever possible” as “the best way to protect patients and staff from COVID-19.”

The coalition goes on to highlight that because telehealth can be used to safely deliver essential health care, their states have already taken numerous steps to expand the use of telehealth during the current public health crisis, including the suspension of existing statutes and regulations that limit the use of telehealth, in order to allow the delivery of regulated services through telehealth to additional patient populations, including especially vulnerable ones. These suspension orders expand the types of practitioners who can use telehealth, the settings in which it can be provided, the modalities that can be used to deliver telehealth services, and the circumstances under which telehealth can be initiated. Further, many states have suspended rules that prohibit telehealth in the absence of an existing patient-provider relationship, so t hat patients can safely receive care from new providers without an in-person visit.

The American College of Obstetricians and Gynecologists — a plaintiff in this case —has championed telehealth as an effective substitute for in- clinic dispensing of mifepristone that can improve patient safety and outcomes during the COVID-19 public health crisis. And even before the pandemic, in 2018, the American Medical Association passed a resolution urging the FDA to lift the requirement.

In March 2020, a coalition of 21 attorneys general from around the nation called on the Trump Administration to waive or utilize its discretion not to enforce the mifepristone requirement because it impedes patients’ access to reproductive care,including medication abortions. The coalition stressed the states’ need to ensure that patients across the country have access to critical health care, including access to abortion services, without forcing them to travel and risk the spread of COVID-19.

In 2000, the prescription drug mifepristone — sometimes referred to as RU-486 —became the first FDA-approved medication to induce medication abortions, and, today, still remains the only drug approved in the United States for pregnancy termination. Patients take mifepristone along with another drug to bring about an early-term abortion, or for treatment after experiencing a miscarriage. Since its approval, three million patients in the United States have used the medication. According to the FDA, this medication “has been increasingly used as its efficacy and safety have become well-established by both research and experience.”

Today’s amicus brief follows up on three previous amicus briefs filed in this case by a coalition of states — in the U.S. District Court for the District for Maryland, in the U.S. Court of Appeals for the Fourth Circuit, and in the U.S. Supreme Court — asking those courts to issue or leave in effect a preliminary injunction suspending the FDA’s in-person requirements for mifepristone.

A copy of the amicus can be found here.

Johnson & Johnson Vaccinations to Resume in...