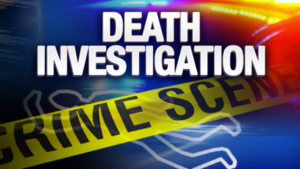 Hawaiʻi Island police are investigating the circumstances surrounding the death of a 29-year-old Hawai`i Island man who died in police custody.

Saturday, March 20, 2021, at 11:20 a.m. Ka`u patrol received a report of a reckless driver operating a maroon colored Scion. Officers made checks for the vehicle, but were unable to locate it.

At 11:57 a.m., a traffic accident was reported on Highway 11 in South Kona with the responsible vehicle being described as a maroon colored Scion. The vehicle fled the scene headed northbound on Highway 11.

Less than 10 minutes later, at 12:05 p.m., a witness reported a maroon colored Scion on the northbound shoulder of Highway 11 and saw the male driver walking onto a property in the area. Shortly thereafter, dispatch received a call of a male party attempting to break into a vehicle on the same property. When the male party was contacted by the homeowners, he began causing damage to the residence.

A relative of the residents, who lives in the area, arrived on scene to assist the homeowners. Upon contact with the male party a confrontation ensued in which a firearm was discharged. No injuries were reported in relation to the discharge. The confrontation then escalated into an assault where the male party was reported to be the aggressor.

Passers-by observed the relative being assaulted and stopped to assist and restrain the male party as police responded to the scene.

​​At 12:27 p.m., officers arrived on scene and requested medical attention for both the male party and the relative after observing injuries due to the assault. The male party was then taken into police custody from the by-standers and upon assessment by the officers the male party was determined to be unresponsive. Officers immediately began performing CPR on the male party until Hawaii Fire Department personnel arrived. Hawai`i Fire Department personnel were unable to revive man and he was transported to Kona Community Hospital, where he was pronounced dead at 6:21 p.m.

The relative was also transported to Kona Community Hospital where he was treated and transferred to Queen’s Medical Center on Oahu, in critical condition.

Police have initiated a coroner’s inquest investigation in connection with the male party’s death. An autopsy has been ordered to determine the exact cause of death. The party’s name is being withheld pending notification of next of kin.

Additional investigations are ongoing relative to the associated incidents.

Anyone with information regarding the incidents is encouraged to contact Detective Donovan Kohara at (808) 326-4646 Ext. 238, or via email at donovan.kohara@hawaiicounty.gov. They may also contact the police department’s non-emergency number at (808) 935-3311.

It is time for some Montana justice here.