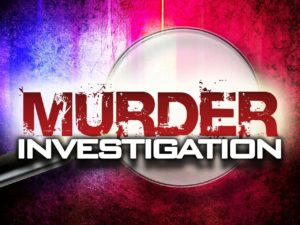 A 32-year-old Puna man was taken into custody without incident following a shooting that left a 59-year-old Volcano man dead.

On Monday, April 26, 2021, at about 12:37 p.m., police responded to a residence on Nau Nani Road in Volcano after receiving a report of a shooting victim. It was also reported that the suspect was seen walking from the scene towards a nearby residence.

The department’s Special Response Team tactical unit responded and using the armored vehicle, confirmed the suspect’s presence within the residence. Negotiators initiated contact with the suspect, who initially refused to exit the residence. At 3:15 p.m., the suspect exited the residence and was taken into custody.

Daris Paul Pacheco of Volcano is being held in the Hilo police cellblock for suspicion of second-degree murder while detectives from the Area I Criminal Investigation Section continue the investigation.

Detectives are withholding the identity of the victim pending confirmation of his identification and notification of the next of kin.

The nearby residents were evacuated for safety concerns, however the evacuation was lifted after the suspect was arrested and the scene was rendered safe.

There were no other injuries reported during the shooting incident.

Detectives ask that if anyone has information regarding this incident to call Detective Casey Cabral of the Area I Criminal Investigation Section at (808) 961-2384 or email at casey.cabral@hawaiicounty.gov.

Hawaiʻi Congressional Delegation How They Represented You (April 26, 2021)