An unidentified 67-year-old man died following a crash on Sunday afternoon, January 31, 2021, on Highway 19 at the intersection of Honomu Road. 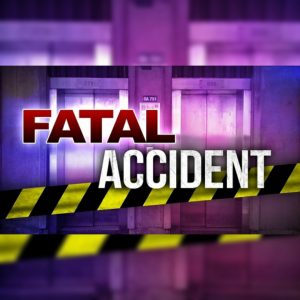 An unidentified 67-year-old man died following a crash on Sunday afternoon, January 31, 2021, on Highway 19 at the intersection of Honomu Road.

Police responding to the 1:35 p.m. traffic collision determined that a 2018 Toyota Corolla four-door sedan traveling north on Highway 19 failed to yield to oncoming traffic and attempted a left turn on to Honomu Road, striking a 1973 BMW motorcycle that was traveling south on Highway 19.

Following the collision, the 2018 Toyota Corolla spun out striking a 2006 Honda Pilot, which was stopped at the Honomu Road intersection, waiting to turn right onto Highway 19.

The motorcycle operator has not been identified at this time. The man was unresponsive at the scene and transported to Hilo Medical Center where he was later pronounced dead at 4:24 p.m. An autopsy has been ordered to determine the exact cause of death.

The driver of the Honda Pilot, a 39-year-old man from Kona, and his three passengers, a 35-year-old woman, a 13-year-old boy, and an 11-year-old girl, all from Kona, were not injured in the crash.

The driver of the Toyota Corolla, a 59-year-old man from Honomu, was transported to Hilo Medical Center for minor abrasions and later released. He was arrested for negligent homicide in the second degree and was released pending further investigation.

Police investigating the traffic collision have determined that inattention to driving and failure to yield are major contributors to the crash. Alcohol and/ or drugs are not considered factors at this time.

The East Hawaii Traffic Enforcement Unit is conducting this investigation and is asking for anyone who may have witnessed the accident or has information to contact Officer Erhard Autrata at (808) 961-2329 or via email erhard.autrata@hawaiicounty.gov.

Prohibition of All Trailers and Dump Bed...

Nature trail in the Shadow of Mauna...