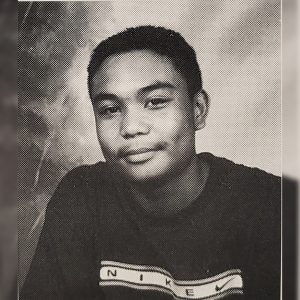 On January 31, 2001, at 5:17 pm, South Hilo patrol officers responded to a 5:17 p.m. report from a passerby that the body of a man was lying on the shoulder of the roadway of the old Hilo Coast Processing Plant road in Peoeʻekeo.

The victim was identified as Kallen James Agliam. An autopsy conducted Thursday (February 1, 2001) determined that a 19-year-old Pepeekeo male died of a single gunshot wound to the chest and the manner of death was ruled a homicide.

Hilo Criminal Investigation Section detectives said the victim, Kallen James Agliam, reportedly was to meet two persons, one in Pepeekeo and then the other in Hakalau, between 4 and 5 p.m. on the day he was slain.

Detectives say that Agliam was last seen driving a gold SUV in the Pepe‘ekeo area at 4:30 p.m. on Wednesday, January 31, 2001, driving toward the area where his body was later found. His vehicle was being followed by one or possibly two males in a newer model gray Toyota pickup truck. The two are thought to be possible suspects in the case.

If you have any information contact Tipsters who prefer to remain anonymous may call the island-wide Crime Stoppers number at 961-8300 and may be eligible for a reward of up to $1,000.00. Crime Stoppers is a volunteer program run by ordinary citizens who want to keep their community safe. Crime Stoppers does not record calls or subscribe to any Caller ID service. All Crime Stopper’s information is kept confidential.

or Please click the Submit a Tip button below