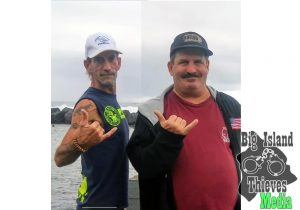 Hawai‘i Island police report that John and Joseph Norton, who had been reported missing on January 19, 2022, were located in Puna in good health. Police would like to thank the public for their assistance.

Hawaiʻi Island police are asking for the public’s assistance in locating two brothers, John and Joseph Norton of Puna, who were reported missing by a family member. Relatives have not heard from the two men since last autumn.

Police ask anyone with information on the location of John or Joseph Norton to call the police department’s non-emergency line at (808) 935-3311.