Waianae Man Sentenced to 18 Years in Prison for Methamphetamine Trafficking 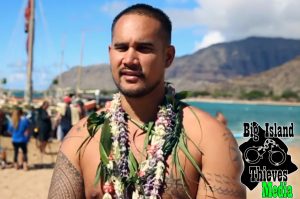 In federal court today, District Judge Jill A. Otake sentenced Samuel K. Kapoi, 35, of Waianae, Hawaii, to 18 years imprisonment to be followed by five years of supervised release for leading a methamphetamine trafficking conspiracy on the islands of Oahu and Hawaii.

Following a probe by Homeland Security Investigations (HSI) and the Hawaii County Police Department, Samuel K. Kapoi, 35, pleaded guilty on May 25 to conspiring to distribute and possess with intent to distribute, 50 grams or more of methamphetamine.

Kapoi pled guilty on May 25, 2021, to conspiring to distribute and possess with intent to distribute 50 grams or more of methamphetamine. Judge Otake ordered Kapoi, who remains on pretrial release, to self-report to the Bureau of Prisons on January 4, 2022, to begin serving his sentence.

According to documents presented in court, Kapoi was responsible for distributing more than 26 pounds of methamphetamine over approximately nine months. Kapoi also possessed an unregistered AR-15 rifle without a serial number in connection with the offense.

U.S. District Judge Jill A. Otake described Kapoi’s conduct as “injecting poison” into communities that lack the resources to deal with methamphetamine addictions, and emphasized his conduct was “not a victimless crime.”

“Methamphetamine remains the dominant drug of abuse in Hawaii, and this conviction and sentence demonstrate the price methamphetamine traffickers can pay for continuing to pursue this path to profit,” said Acting U.S. Attorney Philips.

“This significant sentence is the result of many hours of difficult and dangerous work carried out by brave law enforcement officers for the benefit of our society,” said John F. Tobon, Special Agent in Charge for Homeland Security Investigations (HSI) Honolulu. “HSI will continue to identify and investigate those who endanger our communities.”

The case was investigated by Homeland Security Investigations and the Hawaii County Police Department. It was prosecuted by Assistant U.S. Attorneys Margaret Nammar and Wayne Myers.

Officer Honored for his Efforts Tracking Down Stolen...