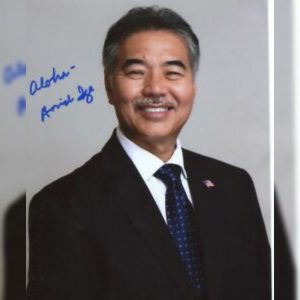 No Surprise from Hawaii’s outgoing Governor. David has released an Executive order to rejoin the Paris Agreement. Here is his statement released by David as he rolled up his sleeves to flex on the Outgoing Trump Administration.

“On the day of President Biden’s inauguration, we welcome his executive order bringing the United States back into the world community by rejoining the Paris Agreement. The climate crisis is a global challenge and a global opportunity, one for which the United States is ready to resume its mantle thanks to the persistent leadership of Hawaiʻi and our fellow states. Hawaiʻi is a national leader in climate action, embracing the principles and goals of the Paris Agreement in law and igniting a race to 100% renewable electricity among the states and around the world. Even with the most dire economic conditions since World War II, Hawai‘i is on track to become a resilient, carbon-free economy. We stand ready to work with President Biden and his new administration.”