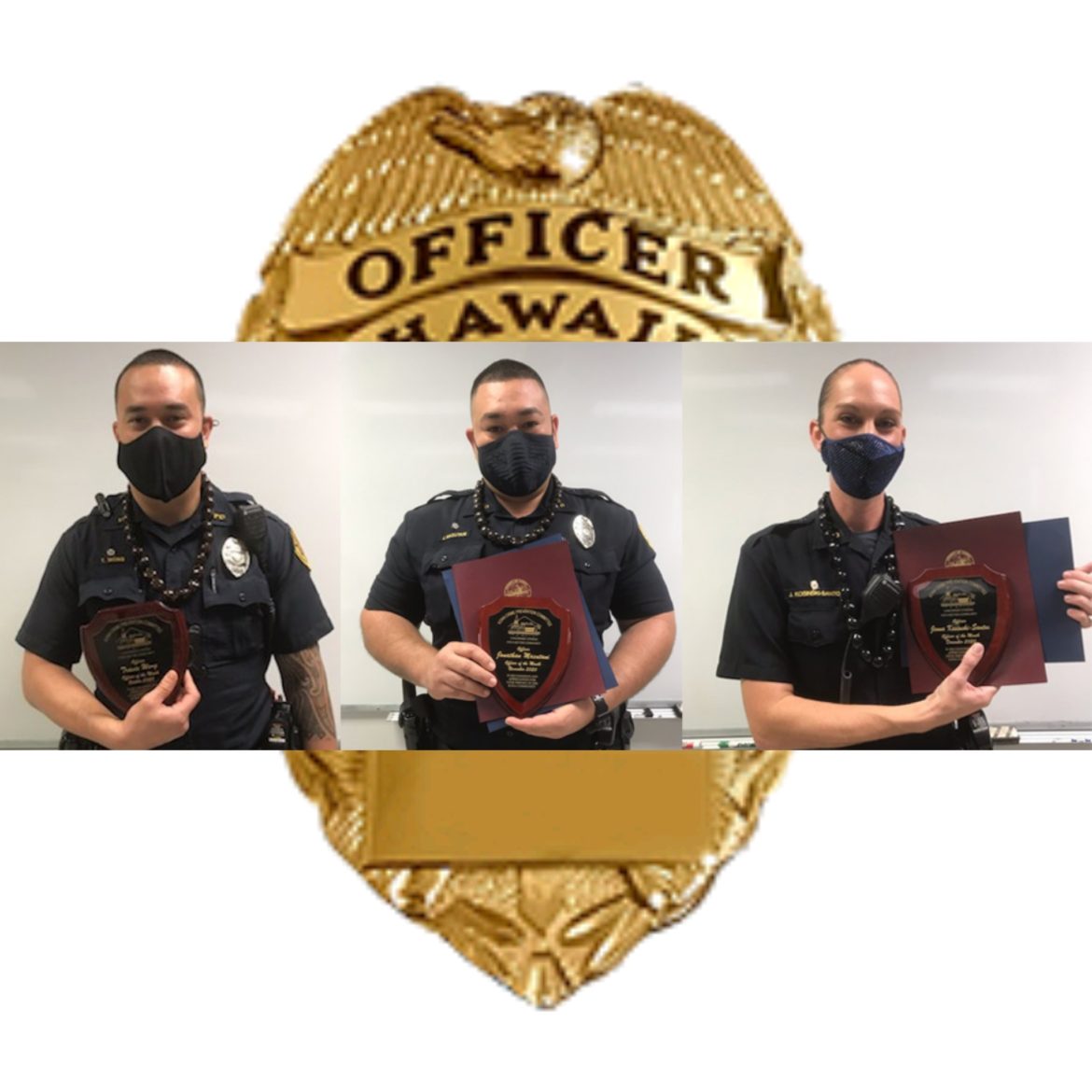 Dedicated to keeping our island community safe, three Hawai‘i Police Department officers were recently honored as Officers of the Month by the Kona Crime Prevention Committee during a ceremony at the Kona Police Station on Friday, January 22, 2021. Officer Travis Wong was recognized as Officer of the Month for October 2020, Officer Johnathan Masutani for November 2020, and Officer Jenna Kosinski-Santos for December 2020. 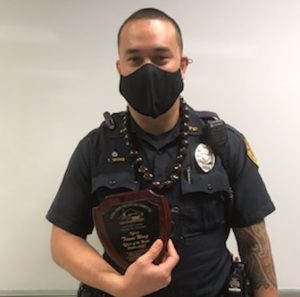 When Officer Travis Wong responded to a report of a disturbance at Kona Shopping Center last year, he discovered a man wielding a bat and ramming his vehicle into another car. After quickly apprehending the suspect, Officer Wong discovered that the man was involved in a domestic dispute with his girlfriend and was threatening bystanders with a bat when they tried to intervene on the woman’s behalf.

The man was charged with multiple offenses and pled guilty to terroristic threatening and attempted abuse. In addition to the Kona Crime Prevention Committee, Officer Wong was recognized by the Deputy Prosecutor assigned to the case. 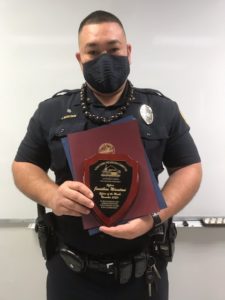 A routine traffic stop last year by Officer Johnathan Masutani turned into much more when he stopped a car for speeding in the Keauhou area. During the stop, the officer saw drug paraphernalia on the front passenger seat and discovered several other drug related items in the course of his investigation. The suspect, who told the officer he was selling fake methamphetamine, was arrested on multiple drug offenses. 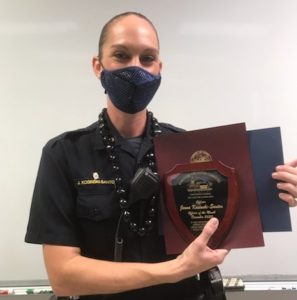 Meanwhile, Officer Jenna Kosinski-Santos was honored for her proactive policing in areas with high traffic accidents and safety concerns. Most notably, Officer Kosinski-Santos was recognized for responding to a traffic accident near her home while off duty. Determining that the person trapped in the vehicle had passed away, she immediately blocked off the area, and rerouted traffic until other units arrived on scene.

Every month the Kona Crime Prevention Committee honors a police officer in west Hawaii as their Officer of the Month. Officers are nominated by their supervisors from the various police districts and a winner is selected by the KCPC board of directors. KCPC normally holds a monthly luncheon to honor the officer, however, due to Covid-19 restrictions, no luncheons have been held since March.

During the past few months the Kona Crime Prevention Committee has selected winners for the months it was unable to hold a luncheon and has presented plaques to the winners during morning meetings at the Kona Police Station.